Modified Operating Profit for the Quarter was $808 million, from $755 Million a Year Ago 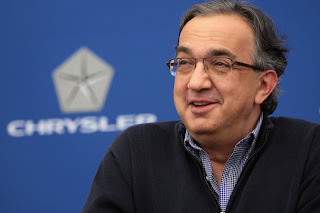 July 30, 2013 , Auburn Hills, Mich. - Chrysler Group LLC today reported its preliminary second-quarter 2013 results, including net income of $507 million, an increase of 16 percent from $436 million in the same quarter a year earlier. The second quarter marks the Company’s eighth consecutive quarter of positive net income.
Net revenue was $18.0 billion for the second quarter of 2013, an increase of 7 percent from $16.8 billion for the same period last year, primarily driven by an increase in vehicle shipments, including the new Jeep Grand Cherokee and Ram pickup trucks. Net revenue totaled $33.4 billion for the first half of 2013.
"Chrysler Group is poised for a very strong performance in the second half of the year, with the new Jeep Grand Cherokee and Ram 1500 pickup earning best-in-class recognition, and the all-new Jeep Cherokee now rolling off the line,” Chrysler Group LLC Chairman and CEO Sergio Marchionne said. “As we have highlighted previously, the timing of product launches and capacity increases causes this year’s performance to be biased to the second half, and a continued aggressive drive for excellence and flawless execution will be essential to attain the targets we’ve set for ourselves.”
Modified Operating Profit was $808 million, or 4.5 percent of revenue, in the second quarter, versus $755 million reported in the prior year. The 7 percent increase was primarily due to higher shipment volumes and positive pricing, partially offset by higher industrial and launch-related costs, as well as a $151 million charge related to the voluntary safety recall for the 1993-1998 Jeep Grand Cherokee and the 2002-2007 Jeep Liberty, and the customer satisfaction action for the 1999-2004 Jeep Grand Cherokee. Modified Operating Profit was $1.2 billion for the first half of the year.