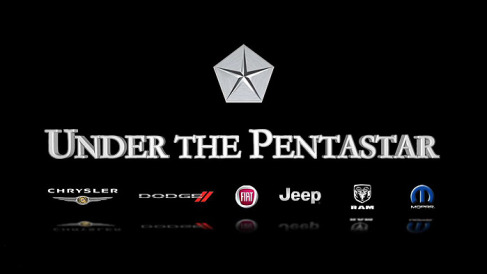 April 15, 2013 , Auburn Hills, Mich. - Chrysler Group LLC is pleased to announce the following changes to its Leadership Team effective today.
Reid Bigland is named President and CEO of the Ram Truck Brand. He continues as head of U.S. Sales, and President and CEO of Chrysler Canada. Most recently, he was President and CEO of the Dodge Brand. Bigland came to Chrysler in July 2006 from Freightliner Custom Chassis Corporation, a South Carolina-based company.
Timothy Kuniskis is named President and CEO of the Dodge Brand. He most recently served as Head of the FIAT Brand for North America. Kuniskis joined Chrysler in 1992 and has held a series of increasingly responsible positions in the Company’s business center operations and marketing organization.
Jason Stoicevich is appointed Head of the FIAT Brand for North America. Stoicevich retains the position as director of the California Business Center. In his 10 years of service with Chrysler, Stoicevich has gained experience in a variety of assignments in the Company’s business center operations.
Bruno Cattori  is appointed President and CEO of Chrysler de México. Cattori most recently served as Director for Retail Sales and Fleet for all Chrysler Group brands in Mexico, a position which he retrains. Prior to rejoining Chrysler Group in early 2012, he served as President and CEO of Mercedes-Benz Mexico. Cattori began his career at Chrysler in 1988 and has held a series of positions with increasing responsibility.
“These appointments are part of the Chrysler Group’s strategy to continuously reinforce its leadership ranks as we continue on our path to achieve our business targets,” said Sergio Marchionne, Chairman and CEO of Chrysler Group LLC. “They are a further confirmation of the depth of our talent pool and of the exceptional opportunities that are available to our people as part of their career development.”
About Chrysler Group LLC
Chrysler Group LLC, formed in 2009 to establish a global strategic alliance with Fiat S.p.A., produces Chrysler, Jeep, Dodge, Ram, Mopar, SRT and Fiat vehicles and products. With the resources, technology and worldwide distribution network required to compete on a global scale, the alliance builds on Chrysler Group’s culture of innovation, first established by Walter P. Chrysler in 1925, and Fiat’s complementary technology that dates back to its founding in 1899.
Headquartered in Auburn Hills, Mich., Chrysler Group’s product lineup features some of the world’s most recognizable vehicles, including the Chrysler 300 and Town & Country, Jeep Wrangler, all-new Dodge Dart, Ram 1500, Jeep Grand Cherokee SRT8 and Fiat 500. Fiat contributes world-class technology, platforms and powertrains for small- and medium-size cars, allowing Chrysler Group to offer an expanded product line including environmentally friendly vehicles.
Follow Chrysler news and video on:
YouTube: http://www.youtube.com/pentastarvideo
Chrysler Group blog: http://blog.chryslergroupllc.com
Twitter: www.twitter.com/chrysler
Streetfire: http://members.streetfire.net/profile/ChryslerVideo.htm
Corporate website: http://www.chryslergroupllc.com
Posted by The Mopar Man at 1:38 AM