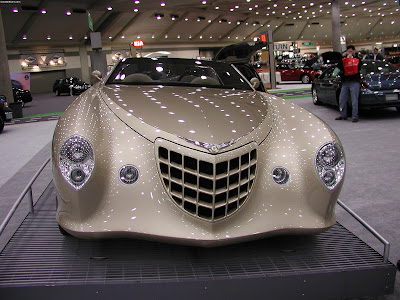 The Chrysler Phaeton, not to be confused with the Volkswagen Phaeton, was a four-door convertible sedan concept car built by Chrysler in 1997.

The Phaeton was inspired by Chrysler's 1941 Newport Phaeton. It had a 48-valve 5.4 L aluminum V12 rated at 425 hp. The suspension was a modified double wishbone with independent double A-arms. Another unique feature of the car was that it had gauges in the rear seats.


The imposing dual cowl four-door hard-top convertible was inspired by Chrysler's dual cowl 1940 Newport parade car, a vehicle used primarily for transporting dignitaries and members of elite families during that time period. "With Phaeton, we expanded the use of today's convertible by giving it four doors and two windshields," said K. Neil Walling, Chrysler Corporation's Design Director. "We took an elegant design execution that was originally intended for the wealthy and created a practical, contemporary convertible."

The dual cowl has expressive flowing lines, finely drawn details in the egg-crate grille, and a retractable rear compartment windshield. "Chrysler Phaeton effectively captures classic images from the Chrysler LHX and Chrysler Atlantic and translates them into a convertible format," said Walling.

Phaeton's 132-inch (3353 mm) wheelbase and 22-inch wheels are powered by a 48-valve 5.4 liter aluminum V12 engine. Ride and handling are enhanced by an advanced suspension, similar to that of the Dodge Viper. The body-on-frame, rear wheel drive car used a four-speed automatic with a Dana 40 axle."We wanted Phaeton's performance characteristics to be comparable to that of its inspirational father, the Newport," said Walling. "After all, the Newport was the pace car of the Indianapolis 500 in 1941." 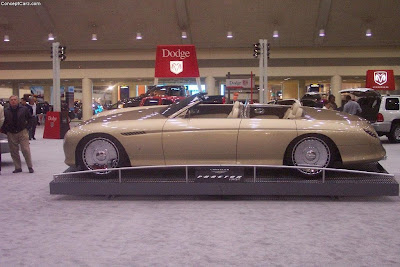