Mopar ’14 Dodge Challenger is Sold Out 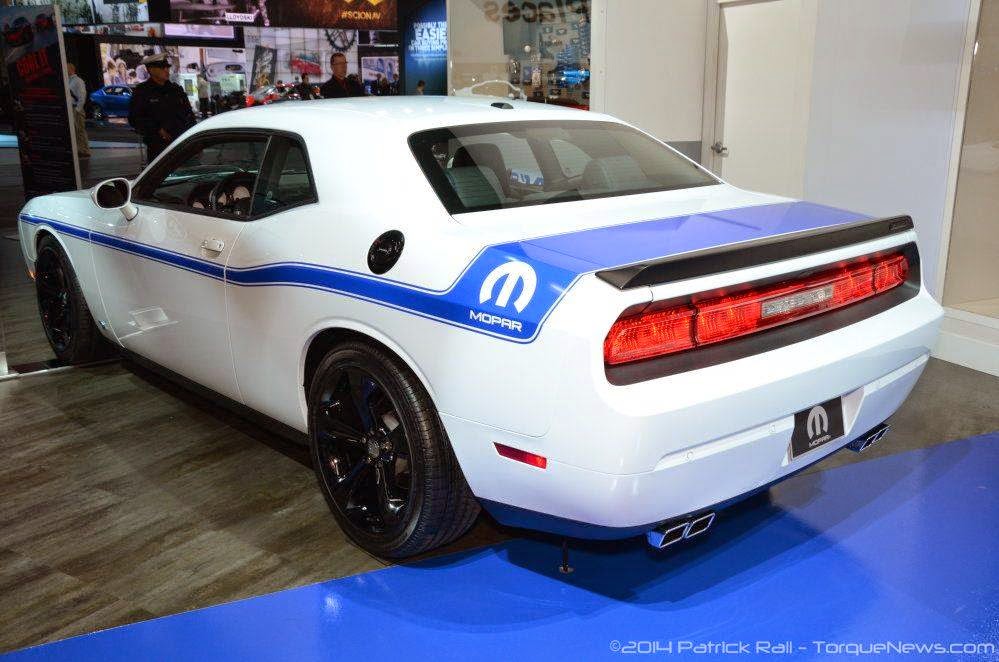 Gone in a Flash: Mopar ’14 Dodge Challenger is Sold Out

April 2, 2014 , Auburn Hills, Mich. - If you blinked, you missed it. The limited-edition Mopar ’14 Challenger, the latest Chrysler Group LLC vehicle to come straight from the factory already upgraded with Mopar products, has sold out in just the first day after being made available to dealers.

“The very high demand for the Mopar ’14 Challenger spotlights the success of our limited-edition, Mopar-modified vehicles, and also clearly demonstrates the passion our customers have for personalizing their rides,” said Pietro Gorlier, President and CEO of Mopar, Chrysler Group’s service, parts and customer-care brand. “Whether during or after the ordering process, Mopar is there to help put a personal touch on customers’ rides.”

“The Mopar ’14 Challenger shows that when combining a legendary car like the Dodge Challenger R/T Shaker and making it even more exclusive, we create collectible performance machines unlike anything else on the road,” said Tim Kuniskis, President and CEO of Dodge Brand. “From the Mopar ’14 Challenger to the new Scat Pack performance stage kits available on Challenger, Charger and Dart, you can continue to expect great things when Dodge and Mopar team up.”

The interior is upgraded with premium leather seats featuring Mopar Blue accent thread and Mopar Omega M logos embroidered on the seat backs. Other unique touches for the limited-edition ride include a serialized instrument panel plaque, “Mopar” branded key fobs, a custom-crafted personalized owner’s kit with a Mopar ’14 brochure and much, much more.

Customers ordering the Mopar ’14 showed they still wanted the rarest limited production Dodge Challenger offered to date with additional customization.  Of the 100 orders placed on the first day, 52 customers chose the Pitch Black exterior paint version, while 48 opted for the newly offered Bright White option. The traditional Shaker stripe proved to be the most popular graphic chosen for their ride, followed by the bodyside decal and then the rocker stripe. Top Custom Shop options chosen were hood pins, Mopar Performance badges, quad exhaust tips and the Challenger monogrammed car cover. The top-ordered Mopar Performance part was the cat-back exhaust to complement the Shaker intake.

Although all 100 Mopar ’14 Challenger vehicles have been spoken for, enthusiasts can still build their own similarly personalized and unique, one-of-one Dodge Challenger.

Many of the up-fitted items for the Dodge Challenger are offered through Mopar’s vast catalog of parts and accessories available at Mopar.com or an authorized dealership. Among the products found on the Mopar ’14 that are available for customization are:
Mopar Brand
Mopar (a simple contraction of the words Motor and PARts) was trademarked in 1937 with the launch of an antifreeze product but truly made its mark in the 1960s during the muscle-car era. From Mopar Performance Parts to enhance speed and handling for both road and racing use, the brand soon expanded to include technical service and customer support.

Mopar parts are unique in that they are engineered with the same teams that create factory-authorized vehicle specifications for Chrysler Group and FIAT vehicles – a direct connection that no other aftermarket parts company can provide. A complete list of Mopar accessories and performance parts is available at www.mopar.com.

Mopar-first Features
Mopar has introduced numerous industry-first features including:
Posted by The Mopar Man at 2:41 AM