Over the last few months we have seen a couple Challenger's with camo over the front end, these Challenger's are more than likely testing out the new Supercharger 6.2L Hemi v8 that is in the works. Along with the Challenger this engine is rumored to be the power plant for the upcoming SRT Cuda. The "Hellcat" as its being called is Chrysler's first ever production supercharged engine and is reportedly going to push out anywhere from 600-700 horsepower. We have finally began to see proof of this new power plant, the first is the picture below, we believe that it is the Hellcat on a Chrysler assembly line, you can identify it by the resonators on the exhaust they same ones used on the current Challenger. The picture above shows a 2015 Dodge Challenger with very minor camo on it, the only disguised section is between the taillights, hiding a new badge perhaps? If the new information we are seeing is in fact the Supercharged Hellcat expect to see a official reveal from Chrysler in the next month or so! 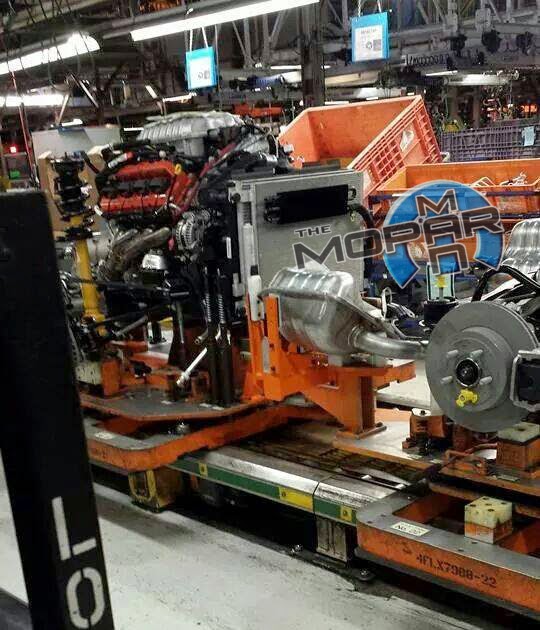