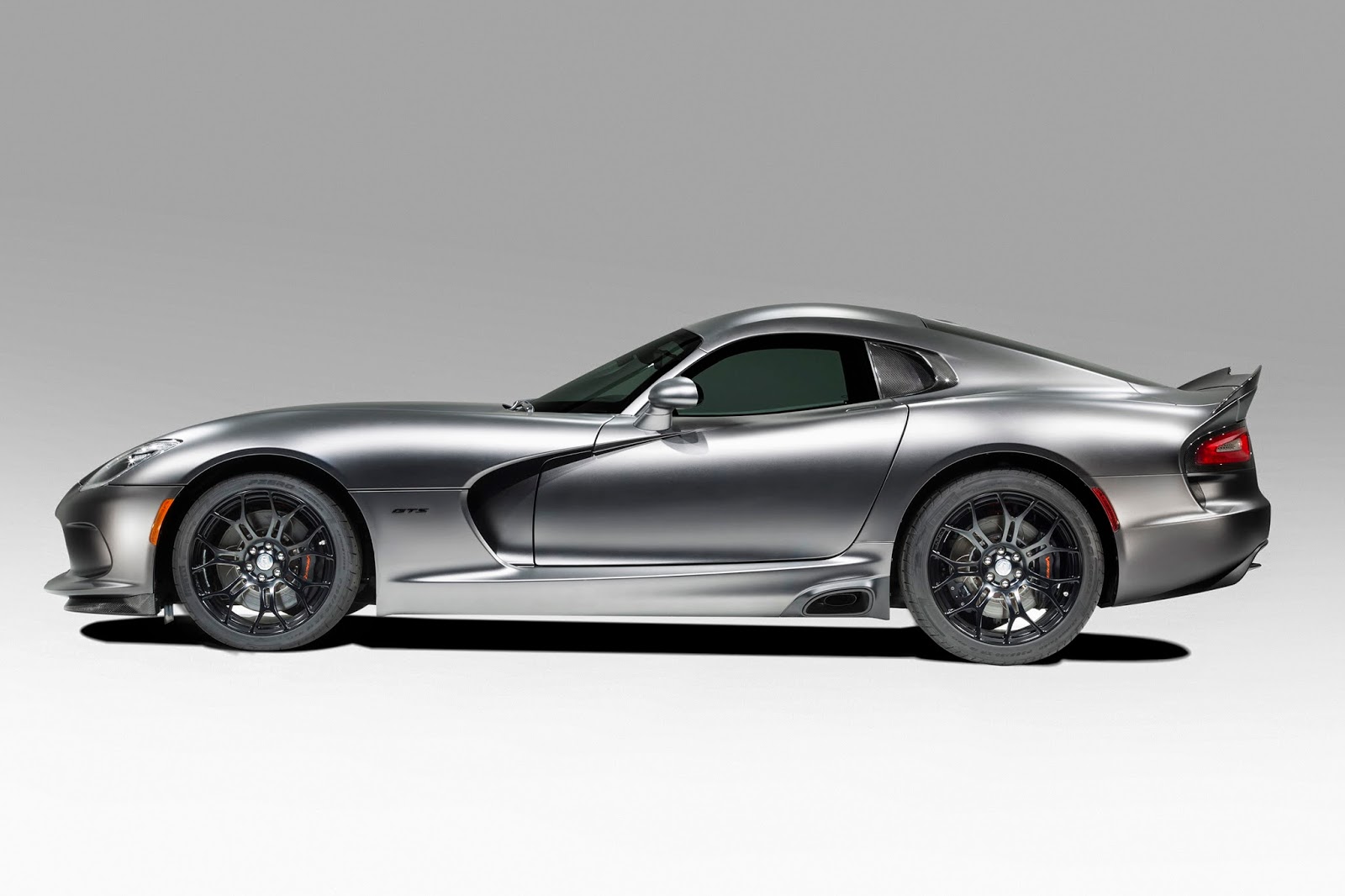 About SRT Viper TA (Time Attack)
The street-legal SRT Viper TA is specifically built for the performance enthusiast driver who likes to exercise their machines at the more than 150 road-race courses around North America. Introduced in 2013, the Viper TA Special Edition spec package offers track enthusiasts a turn-key track set-up.

Based on the SRT model, the lightest Viper in the lineup, the TA Special Edition Package builds upon the vehicle’s ultra-low center of gravity, 50/50 weight distribution and largest contact patch in the production car world. The Viper TA uses chassis parts developed specifically by the SRT chassis dynamics team to attain the most out of the race-car-like chassis and create the most confidence inspiring Viper ever. SRT developed new spring rates, dampers, sway bars and brake components, combined as a system with the Viper’s available Advanced Aerodynamics Package, to create one of the most track-capable production cars in the world.

Part of the special edition package is the new Metallic Matte exterior color that is being used for the first time by the Chrysler Group to add to the exclusivity of the SRT Viper. The new Metallic Matte exterior body color brings the Viper GTS a one-of-a-kind, luxurious look by providing even greater accentuation to the vehicle’s form. The metallic finish adds depth while the dark matte color amplifies the Viper’s sinister quality.