On July 1st 2014 Chrysler announced the official horsepower specs of the new Supercharged Hellcat Hemi engine. The Challenger Hellcat is the most powerful muscle car to date with an awe inspiring 707 Hp, this is more powerful than all of the competition, including Lamborghini. Now image this monster of an engine placed in the new 2015 Dodge Charger, its a no brainer. Chrysler would crush the competition in the 2 door and 4 door segment.

These images below are 100% a SRT Dodge Charger, the question is could it be the Hellcat equipped version? I say yes, even though the Charger in the pictures is heavily camouflaged you can see the massive hood scoop shared by the Hellcat Challenger. The grille is also pushed back, and looks much more aggressive than the 2015 Dodge Charger RT we have already seen. Most importantly we know for a fact there will be a Supercharged Charger, above is an image released from Chrysler during the 5 year plan talks and it states there will be a RWD Supercharged v8. 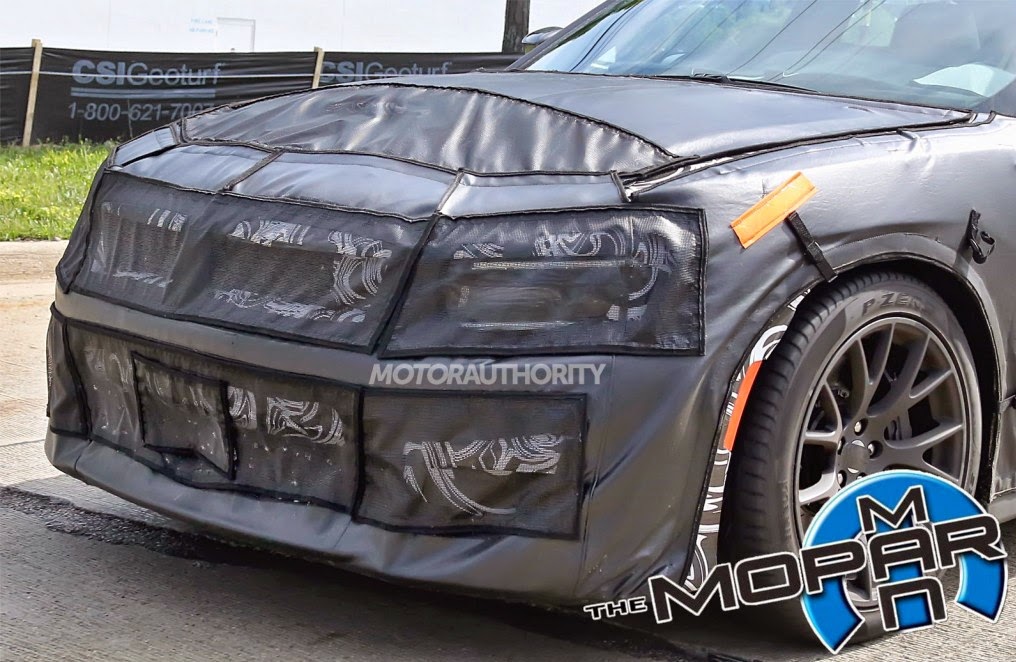 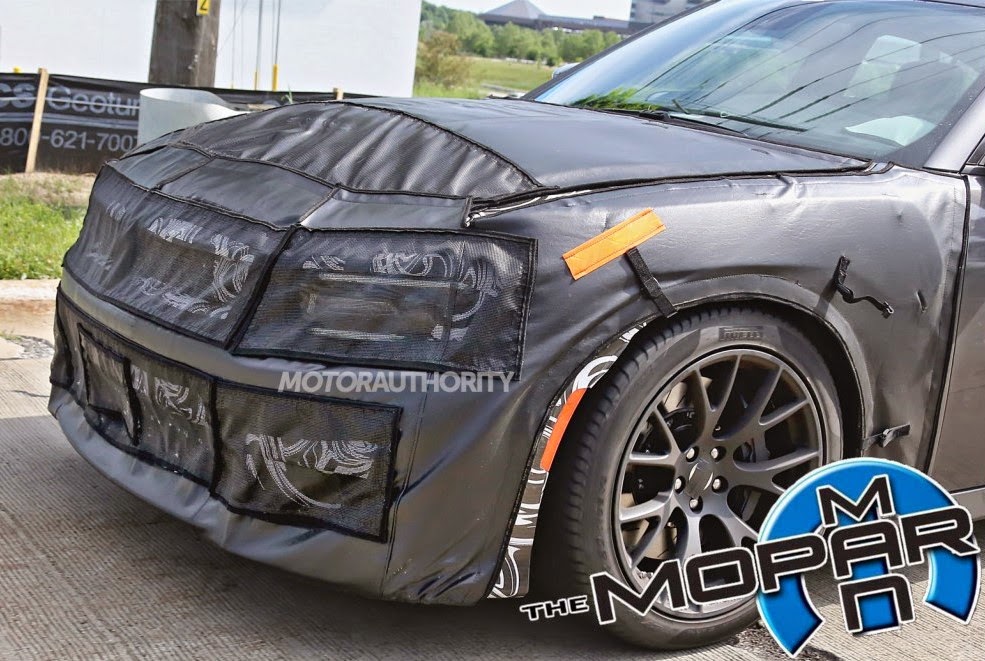 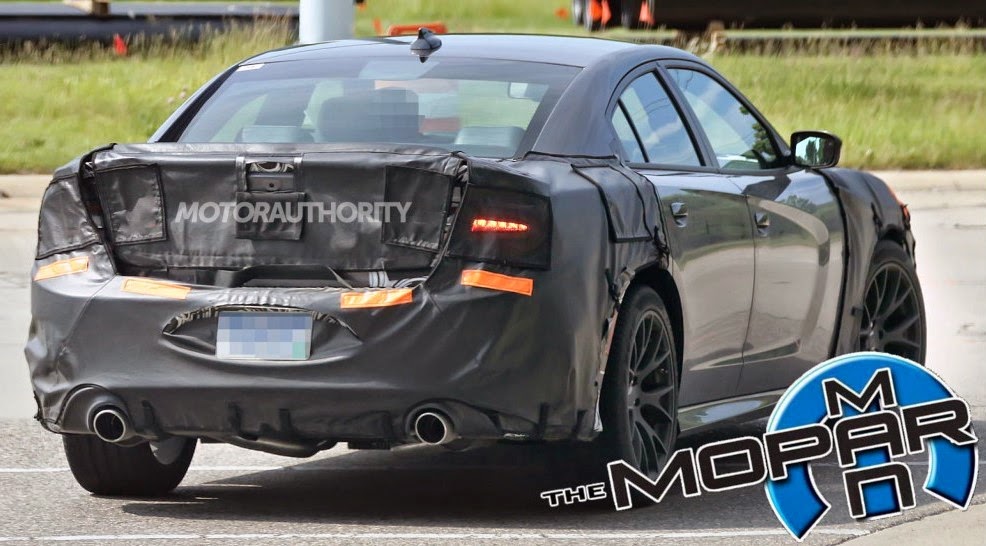 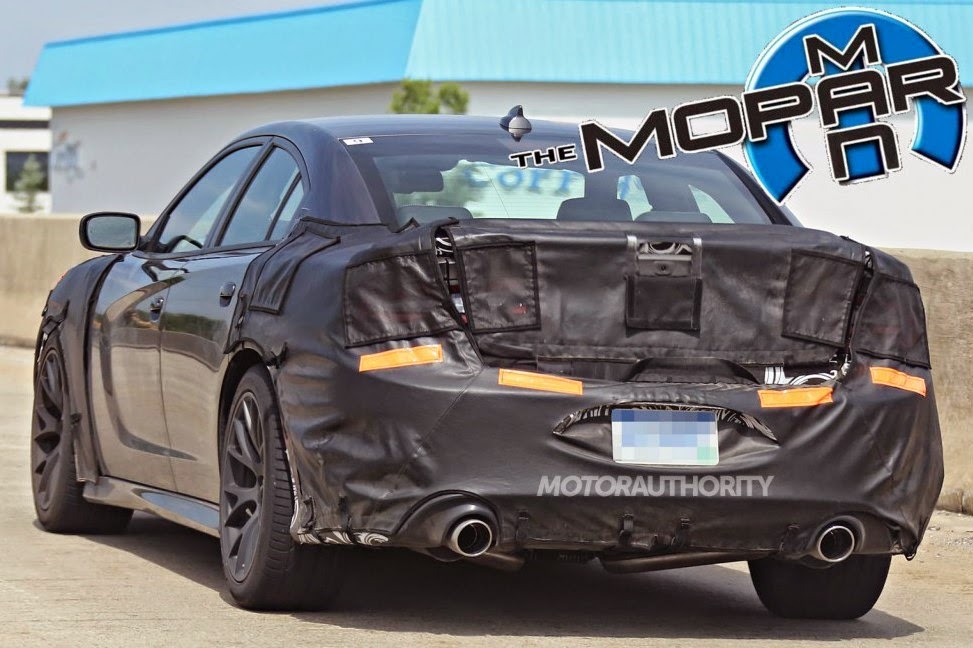 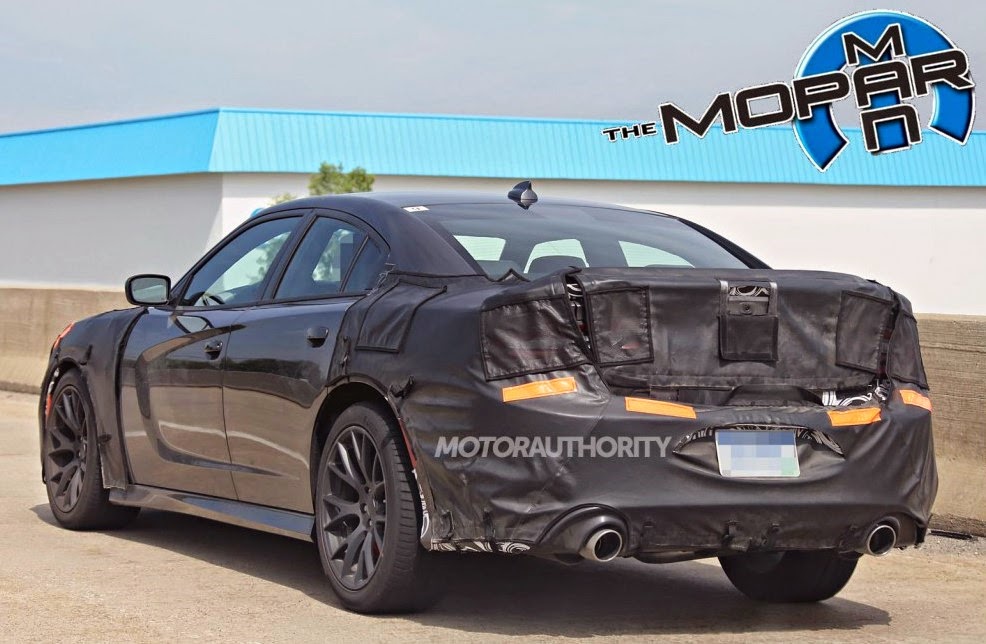