New 2015 Dodge Charger SRT Hellcat is The Quickest, Fastest and Most Powerful Sedan in The World 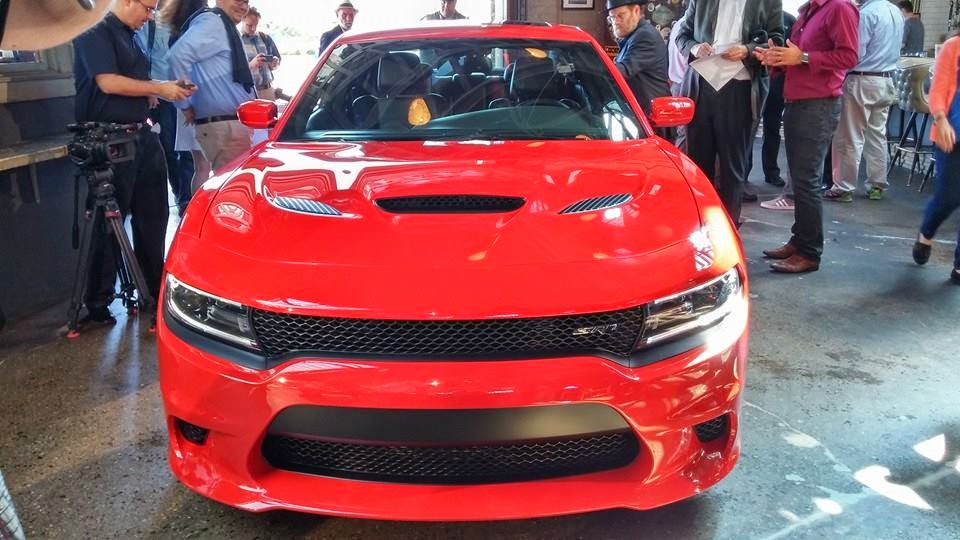 New 2015 Dodge Charger SRT Hellcat is The Quickest, Fastest and Most Powerful Sedan in The World

With 707 horsepower, an NHRA-certified quarter mile elapsed time of 11.0 seconds on street tires and a top speed of 204 miles per hour, the world’s only four-door muscle car is the quickest, fastest and most powerful sedan ever

The new Charger SRT Hellcat will feature the supercharged 6.2-liter HEMI® Hellcat V-8 engine that produces 707 horsepower and 650 lb.-ft. of torque – making it the quickest, fastest, most powerful production sedan in the world, as well as the most capable and technologically advanced four-door muscle car in America.

“For the last eight years, a large part of the Dodge Charger’s successful formula has been its many personalities. It’s a muscle car, a performance sedan, a family capable sedan; its success is that it can be any or all of those things, depending on how the customer chooses to equip their car,” said Tim Kuniskis, President and CEO — Dodge and SRT Brands. “And now, with a NHRA-certified quarter mile time of 11.0 seconds and a 204 mph top speed, the new 2015 Dodge Charger Hellcat redefines itself again, as the quickest, fastest, most powerful sedan in the world!”

The 2015 Dodge Charger SRT Hellcat will be built at the Brampton (Ont.) Assembly plant. Production is slated to begin in the first quarter of 2015.

This new Hellcat engine is Dodge and SRT’s first application of V-8 supercharger technology, featuring a forged-steel crankshaft with induction-hardened bearing surfaces. The result is a crank so well-engineered it can withstand firing pressures of 110 bar (1,595 psi) – the equivalent of five family sedans standing on each piston, every two revolutions. And its unique, specially tuned crank damper has been tested to 13,000 rpm.

Standard on the Charger SRT Hellcat is the largest front-brake package ever offered in a Chrysler Group vehicle, which were first introduced on the 2015 Challenger SRT Hellcat, featuring all-new 390-mm (15.4-inch) Brembo two-piece rotors with six-piston calipers for outstanding heat management and thermal capacity and longevity.

The unrivaled four-door performance numbers tell an impressive story with the quarter mile in 11.0 seconds, 0-100-0 mph in under 13 seconds, and a top speed of 204 mile per hour (mph).

Whether its on-road or on-track, Charger SRT Hellcat owners can personalize their drive experience, via the all-new Drive Modes feature. Drive Modes tailor the driving experience by controlling horsepower, transmission shift speeds, paddle shifters, traction and suspension. Drive Modes are pre-configured for Sport, Track and Default settings, while the Custom setting lets the driver customize the drive experience to their favorite settings. The Drive Modes feature is controlled through the Uconnect system and may be accessed by performing any of the following: Unlocking the power

The all-new 2015 Dodge Charger SRT Hellcat comes standard with two key fobs – red and black. The red key fob is the only key that can unlock the full horsepower and torque potential of the SRT Hellcat engine; while the black key fob limits the driver to a reduced engine output.

When Valet Mode is activated, the following vehicle configurations are enabled:
The driver can activate and deactivate Valet Mode with a four-digit PIN code they create.

Inspired by its performance-enthusiast roots when Charger first launched more than 45 years ago, the new Charger successfully pays homage to past muscle cars while offering distinctly modern all-new exterior and interior appointments.

The new exterior of the 2015 Dodge Charger is spiritually inspired by the iconic second-generation Charger from the late 1960s, and for 2015, specifically draws its cues from the 1969 model. With its rear-wheel-drive (RWD) platform and proven power, the Charger’s modern take on old-school muscle is sure to resonate with today’s enthusiasts.

Up front, the Charger SRT Hellcat receives the larger, power-bulge aluminum hood, which features a dedicated “cold-air” intake – a visual styling cue from the first Viper coupe built in 1996 – and dual air extractors to ensure effective removal of heat and reduced air turbulence in the engine compartment.

The redesigned front fascia and grille use unique, blacked out upper and lower textures to produce the menacing look that is sure to make onlookers notice the ultimate performance sedan.

At the rear, a single piece decked spoiler is painted in body color while the unique fascia and valence showcase the 4-inch round exhaust tips.

The center high-mounted stop lamp is relocated from the top of the deck lid to the roofline inside the back glass, allowing centering of the Charger SRT’s backup camera.

The rear styling makeover begins at the touchdown point of the C-pillar, which is moved rearward to create an even more pronounced fastback appearance combined with a shorter rear overhang.

New for 2015, drivers can select one of the many offered backgrounds to connect the digital look and feel with their chosen interior package. In addition, the Charger SRT Hellcat comes standard with a premium 900 watt, 18-speaker Harmon Kardon audio system.

An all-new and class-exclusive electronic shifter with an all-new driver-oriented T-handle provides the driver with intuitive gear selection and offers an Auto Stick selector gate for added control.

A redesigned SRT-branded heated steering wheel features a flat bottom and thick rim for the high-performance driver. Standard paddle shifters are located on the back of the upper spokes. The buttons to control the driver-configurable, full-color thin-film transistor (TFT) display are large and illuminated. Buttons for Uconnect and phone access now reside along the bottom edge of the horizontal spokes. Optional adaptive cruise control is configured by buttons that are symmetrically opposite on the right-hand side of the wheel. As before, the highly praised audio controls are still found on the back of the upper spokes. This new power tilt-telescoping steering wheel also has a 360-degree heat element.

The 2015 Dodge Charger competes in the U.S. full-size car market, but stands alone in a class by itself as the only American-bred four-door muscle car. In March of 2014, the Dodge brand reached a significant milestone, with Challenger and Charger sales combining to sell a total of more than 1 million units in the United States.

The Charger’s combination of aggressive and youthful image, full-size functionality and world-class engineering and quality resonates with young and affluent buyers. Charger’s purchasers on average are 15 years younger than its competitors’ buyers within the segment, with more than half identifying themselves as millennials or Generation Xers.

The Charger’s appeal is attracting a high number of conquest buyers, helping drive a 62 percent increase in sales since 2009 – double the growth of the standard full-size car segment. In 2013, Charger posted its best sales year since 2007, further fueling a 3.2 percentage point gain in market share since 2009. 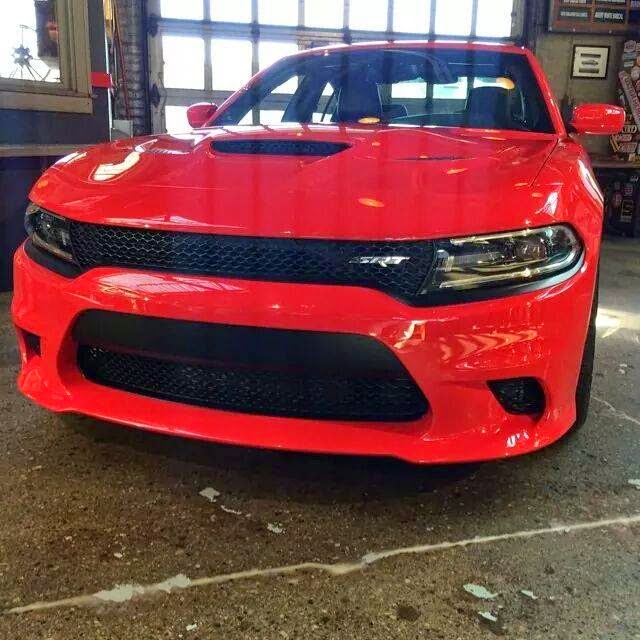 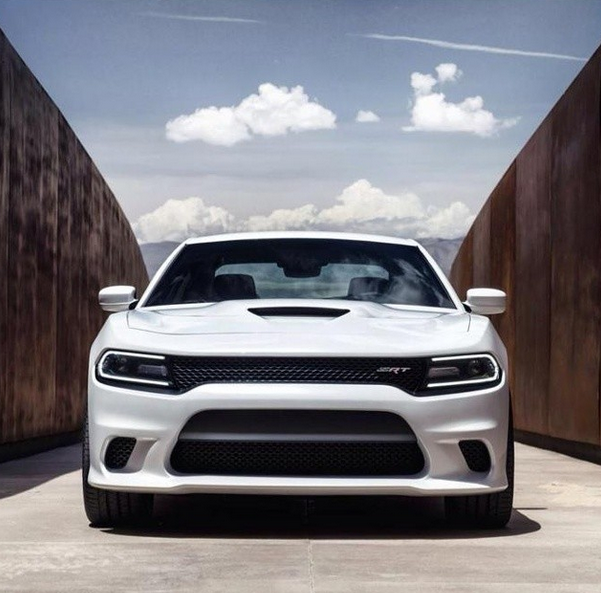